I’d like to congratulate those of you planning to properly ‘restomod’ your classic. And equally, well done anybody who desires not a screwhead less than complete originality.

Unlike me, you know what you’re trying to achieve, and so this column isn’t aimed at you. This column is for the people trying to navigate through the murky area between reinventing their classic cars wholesale and going entirely by the book. And whether because of cash, personal philosophy, availability of parts or a combination of all three, I suspect that’s most of us.

So, now you’re stuck at home and with time aplenty for fettling and scouring eBay for parts, what I want to know is how far you lean towards either extreme, and whether or not unlimited funds would prompt you to lean even further.

If, say, you could afford to transform your slightly crusty but largely authentic Porsche 964 into a gleaming 4.0-litre Singer, would you? Knowing the driving experience of your GT Junior could be made more enjoyable with some targeted modifications, could you honestly stick to your guns and keep it completely original? Answers in the comments, please.

I’ll go first because I think mine is a familiar story. My natural tendency is indeed to keep things original. That was, and vaguely still is, the plan with my eight-valve Integrale. I like the idea of driving it and experiencing the exact same sights, sounds, sensations and smells as the person who shelled out £17,625 (though I can’t quite believe it, this equates to £47,600 today) in 1990.

Likewise, imagine you’re driving a time-warp Lotus Elan down dusty country roads lit only by its crummy halogen lamps. What you’ve essentially done is teleport yourself back to 1962 at the wheel of one of the world’s most covetable and advanced sports cars, and who wouldn’t want to experience that?

Point being, a perfectly original car – and by that I also mean one’s awareness that the car is so – can take you to a special place. The problem, as ever, is that the idea of keeping your car in the same specification in which it left the factory gates is usually sweeter than the reality. 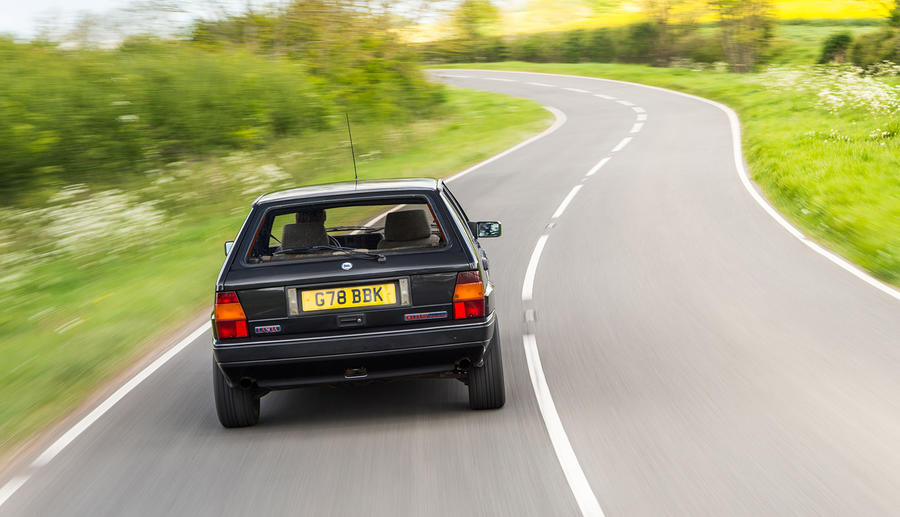 Which is where the cheating begins, and it always starts small. My Lancia has polyurethane bushes that are much better than the original, porridge-spec rubber ones. And while the original brake calipers remain, the car uses modern Brembo discs and Ferodo pads. Neither is much of a departure from original spec, though, and both are justifiable in terms of safety. No big deal.

But I’ve also got a dished aftermarket Momo steering wheel. It’s smaller in diameter than the standard rim and therefore makes the rack feel quicker, and it also allows me to slide the seat further back and improve the terrible driving position. These things are important to me, but between the wheel and the new Ragazzon exhaust, we’re already on shakier ground.

However, the car still continues to look almost entirely original, despite now driving better and, yes, it still feels very like an Integrale. Not necessarily a humble eight-valve Integrale, admittedly, as I’ve fitted both the coil springs and the gearshift from the Final Edition Evo models, which improve the driving experience no end, and… Well, you can see what’s happened.

This is classic classic-car mission creep, and the thing is morphing – deceptively slowly, much like Mrs Twit’s walking stick – into something it never really was. I’d quite like to fit a cross-brace beneath the engine bay to cut out some flex and improve turn-in, but that’s a fairly big undertaking, and where then? Öhlins coilovers so that the body control is better not only than what Lancia could deliver back in the day, but also than what even Porsche could deliver for the 959?

Inevitably, by steadily optimising the driving experience you move it away from what it was suppossed to be. For the better? If you’re sensible, that’s not hard to achieve, and I have no doubt my Integrale will eventually offer up a truly special and rare driving experience (frankly, it already does) but I wonder where I’ll draw the line. Could it become, um, too good?